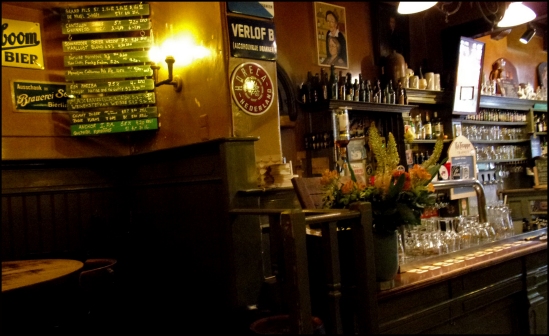 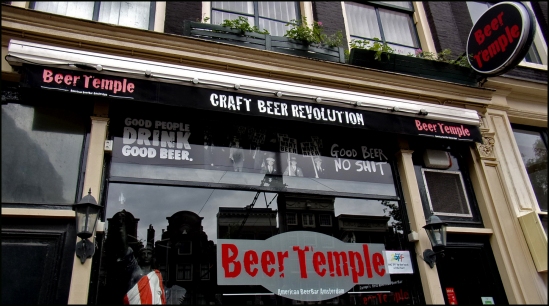 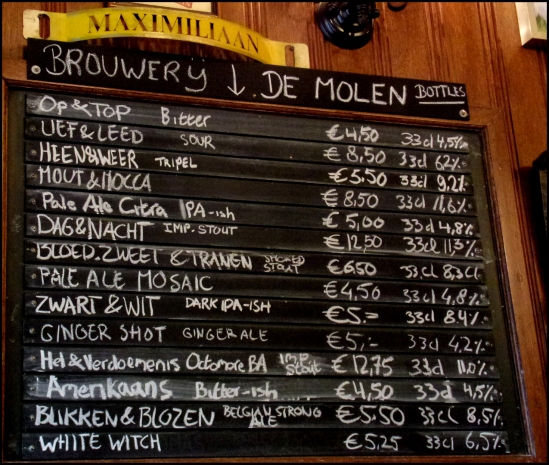 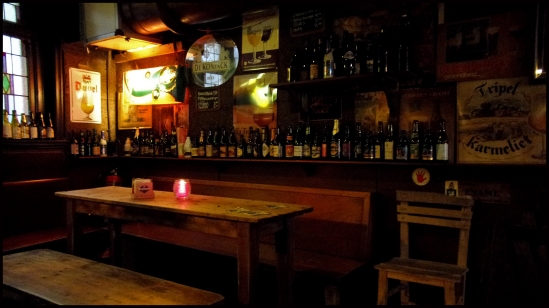 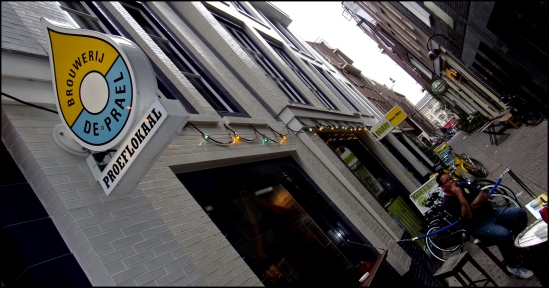 If you’re ever in Amsterdam, go to the monkey bar. Order the Ossenwurst. Tell ’em Tony sent you.

A good old fashioned Dutch brown bar. Football tat everywhere and an ancient matriarch in charge. The three locals stationed at the end of the bar were chain smoking cigarettes. I’m sure they’ll all happily donate some cash if the bar is hit by fine. Amstel was the main draught beer but the three locals were helping themselves to bottles of Heineken from the fridge. The youngest of the three had two while we were there and both times he placed his finger inside the top of the freshly opened bottle then pulled it out so it made a pop noise. I couldn’t work if it was something he subconsciously did or if he was trying to impress the strangers. We ordered a couple of Chouffes. It’s great from bottles but it truly is a different beast when you have it on draught in Belgium or the Netherlands. Love it! The football tat was, as you’d expect, mostly Ajax and Holland related but there was also a signed photo of Gazza. Slightly bizarrely, there was also a signed photo of Maradonna’s Hand of God goal. It was signed by Peter Shilton. We finished our Chouffes and left. The matriarch and her little band of locals acknowledged our departure with a thin smile and a brief nod but they didn’t seem especially sad to see us go.

CHOOSE A BREWERY, FIND A PUB…